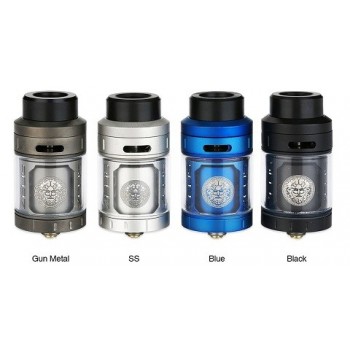 This product is no longer in stock

Designed to accommodate beginners, Zeus RTA Tank was made to be user friendly while providing outstanding flavor with 3D airflow and thoroughly eliminates leakage issues by implementing an improved top airflow.

Zero leaks even if run with it in your pocket , lovely Flavour with coil .34 ohm you can run it between 25-70 watts , the key is to wick it proper way. Compare to GT and other disposable coils this era is easy to use cheaper to maintain and Flavour of vape amazing with 3D airflow you just inhale fast without need to pull air hard just perfect design Geek Vape well done. Highly recommend.

One of the all time greats.

This really is one of the best atties I've ever used - and I've been vaping for seven years. Genuinely leak proof, easy to build with a very smooth airflow. Just buy a Zeus - you won't be sorry!