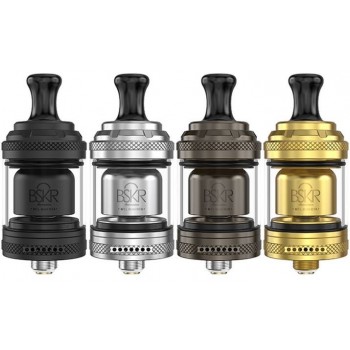 Berserker Mini V2 MTL RTA equipped with the dual post single coil build deck. The simplest coil installation is done on this deck. The highlight of BSKR Mini V2 MTL RTA is its flexible airflow, with a dual slotted airflow control ring on the side, which allows you to use the air inlet to exactly match your draw behavior. With 8 sizes (0.8, 1.0, 1.2, 1.4, 1.5, 1.6, 2.0, D-1) of all popular hole sizes in the air-tubes (inserts). Interchangeable deck airflow inserts with eight different options to allow for a fine-tuned experience. Regardless, airflow is smooth across the board, and the throat hit this Berserker Mini V2 RTA produces is impressive.

Be the first to write your review!