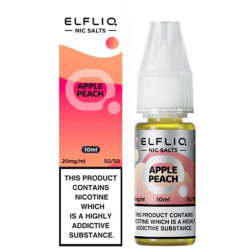 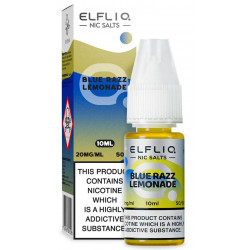 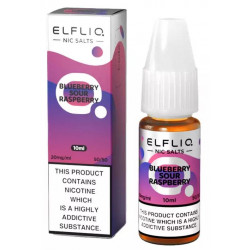 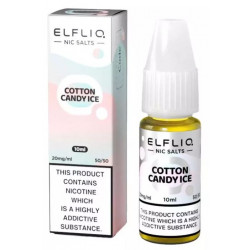 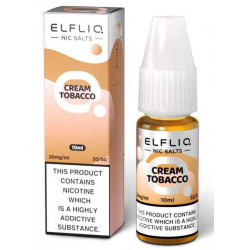 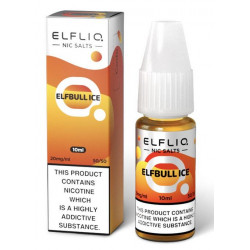 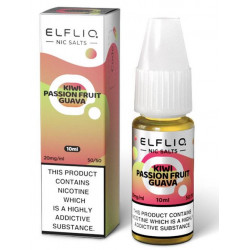 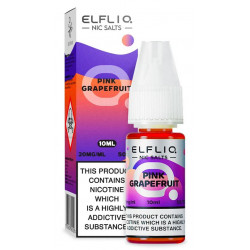 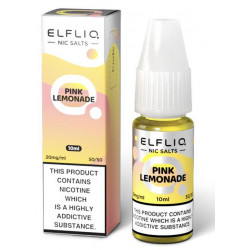 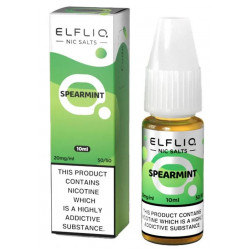 €4.50
Elf Bar ELFLIQ Nic Salts E-Liquid Watermelon: Watermelon nic salt e-liquid by Elf Bar Elfliq is a straightforward yet bold flavor that captures the sweet and fruity notes of watermelon with each draw, from inhale to exhale. Watermelon has a 50% VG concentration, which will create a discreet amount of vapor. Elf Bar E-liquid in a bottle PG 50% VG...
Showing 1-12 of 12 item(s)

Ever wanted an Elf Bar flavor in a bottle? ELFLIQ is the official product of Elf Bar's Nick Salt e Liquid. Officially announced at the Vaper Expo in Birmingham in May 2022. Elfliq e-Liquids are Elf Bar's best-selling 12 flavors available  at launch in both 10mg and 20mg nicotine strength. Suitable for use with low wattage pods or starter arc kits. All Elf Bar ELFLIQ Nic Salts are TPD Compliant and MHRA Reported. New Elfliq - Official Elfbar e-Juice Nic Salt E-Liquids have taken the nation by storm. Now we can offer Elfliq, the original and only genuine Elfbar flavor, in a bottle! is reproduced with a 10ml e-liquid. An ideal choice for MTL vape kits, these e-liquids produce a small amount of vapor due to their 50% VG concentration. These lovely salty e-liquids offer a smoother throat hit and come in  10mg or 20mg strengths.

IS THE TASTE OF ELFLIQ E-LIQUIDS LIKE ELF BARS?

Elfliq nic salts, which are produced by Elf Bar, have the same well-liked flavors as their best-selling disposable vapes! There is something for everyone among the many fruit, menthol, soda, tobacco, and candy mixtures that are offered. Choose from a variety of vapors, like the fruity fusion found in Kiwi Passionfruit Guava, Blue Razz Lemonade e-liquid, which is sweet and tangy.

ARE NIC SALTS FROM ELFLIQ CHEAPER THAN DISPOSABLE ELF BARS?

Elfliq e-liquid is more affordable than Elf Bars and other disposable vapes, and each bottle contains 10ml of nic salt e-liquid, which is five times more than you'd find in a typical disposable! Keep an eye out for new multi-buy promotions so you may get more of your preferred flavor for less.
If you want more of the vapes you like at a lower price please check multi buy option.

WHICH VAPE KITS CAN I USE WITH ELFLIQ VAPE JUICE?

Elfliq is the ideal choice for combining with MTL vape kits because it tastes and vapes exactly like Elf Bar disposables and produces only relatively small amounts of vapor witch the same flavor taste.
No matter if you prefer traditional devices like a vape pen or refillable pod kits like the Elf Bar pod kit, these 50/50 e-liquids are compatible with the majority of low-wattage kits.
If you've never vape a disposable before, you can inhale like you would with a standard cigarette thanks to the lower vapor content.

Along with the Elf FB1000 Kit, the Elfliq e-liquid is also compatible. You can choose flavors that are unavailable in prefilled and disposable vapes other brands. Additionally, since you refill this kit yourself, it's both more environmentally friendly and less expensive in the long term. This kit offers a wide variety of flavor options in addition to being simple to use with just one button activation, allowing you to simply start vaping. Vaping is also possible when the kit's mouthpiece is used for inhale. Press the button five times to lock the kit once you're finished using it, making it safer to transport.