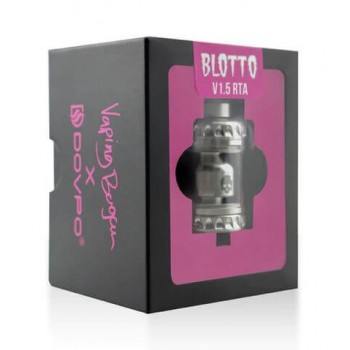 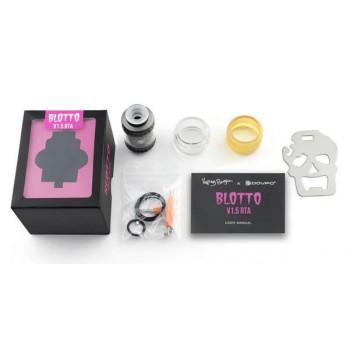 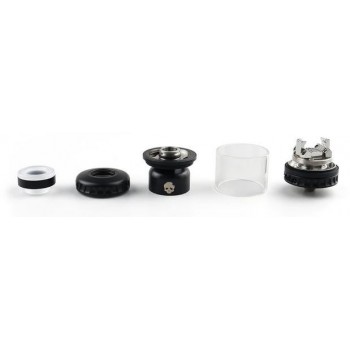 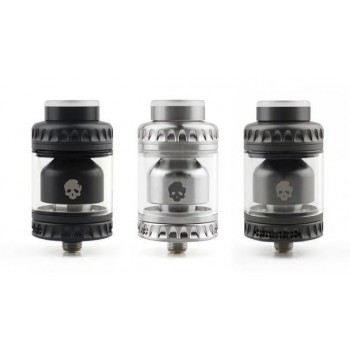 The Dovpo Blotto RTA V1.5 is a single coil RTA that features a simple design made from durable stainless steel, and a well-crafted chassis. Featuring a user friendly build experience, the Blotto RTA V1.5 has enough space for a single coil configuration and is an ideal tank for vapers that would like to learn how to build.

The design of the Dovpo Blotto RTA V1.5 has been designed to resemble a bottle cap, and the knurling on the top cap allows for easy removal to showcase it's dual fill ports. The tanks airflow system now features a 242-272 degree Dual Honeycomb Airflow System in which not only allows for a massive increase in airflow but allows air to distribute vape juice evenly saturate cotton evenly whilst you vape. You'll not only experience increased flavor with the Dovpo Blotto RTA 1.5V,  but massively dense vapor clouds too.

The Vaping Bogan and Dovpo have joined forces again to re-work the Blotto, this time creating a Blotto V1.5 they have taken customer feedback on board and have corrected the flaws with the original and implemented those corrections.

So what has changed? Dovpo have re-designed and improved the Airflow posts adding a metal backing to them to further strengthen allowing for a greater curve on the posts themselves which in turn increased the degree of airflow that is directed at the coil from 242 to 272 degrees, extra airflow makes for denser clouds and better flavor. A few more strengthening projects have gone into the Blotto V1.5 RTA such as the Airflow control ring and the base.

The Blotto RTA V1.5 measures in at 26mm meaning that this will fit on most regulated devices without any overhang, still featuring the Bottle cap style top cap, top filling and adjustable airflow. 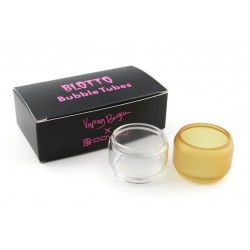 €5.50
Replacement Tank sections for the Blotto RTA V1.5, available in Glass bubble and Ultem bubble section these are a direct replacement for the section that come with the RTA, great to have to get you out of a tricky situation.

€5.50
Replacement Tank sections for the Blotto RTA V1.5, available in Glass bubble and Ultem bubble section these are a direct replacement for the section that come with the RTA, great to have to get you out of a tricky situation. 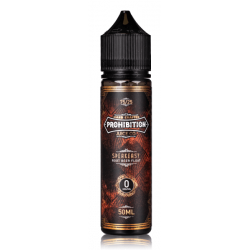 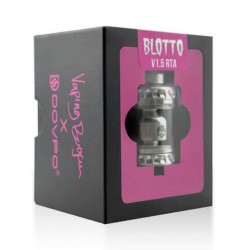 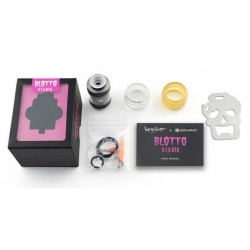 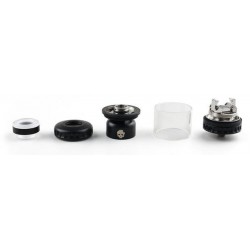 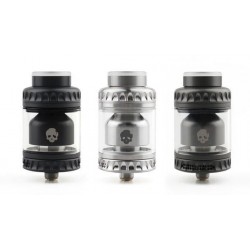